Profile
Kris Cavanaugh Castro is the People Development Coach at Aepiphanni, the trusted advisor for business leaders who are seeking forward-thinking solutions to help them plan for and navigate through the challenges of business growth.  Kris has over 25 years of coaching, training and mentoring leaders to greater success; and she periodically writes about leadership development and facilitates change management conversations. 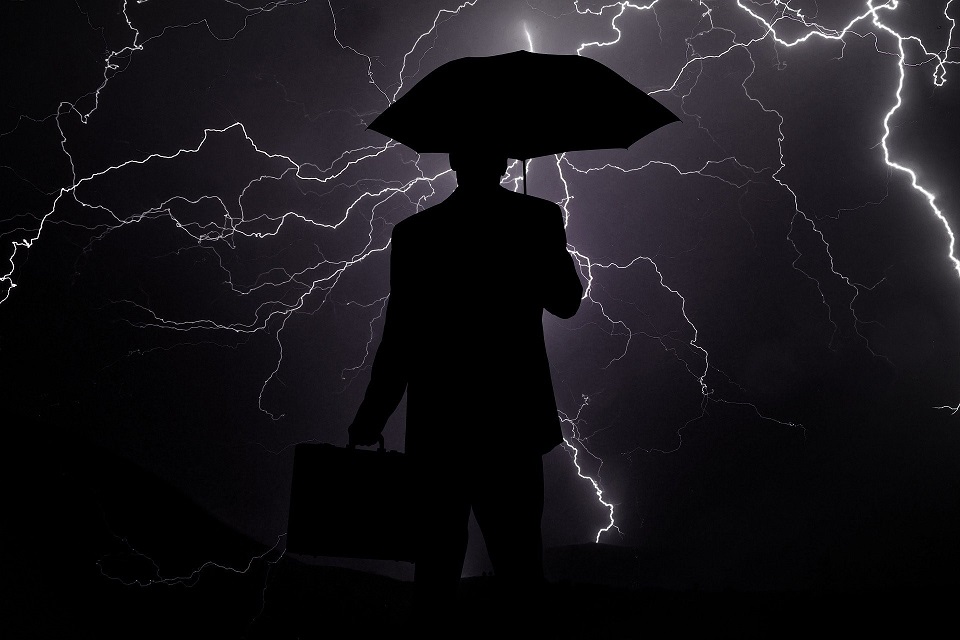 Leadership Tactics in a Time of Crisis

Leadership Tactics in a Time of Crisis

By Kris Cavanaugh CastroApril 07, 2020No Comments

Effective leadership is rapidly becoming essential as the coronavirus causes unforeseen changes within businesses across the U.S. As ABC News recently reported, more businesses are mandating employees work from home.  Managing a virtual workforce in the best of times takes great leadership skills.  During turbulent times such as these, it’s even more important to direct your staff and run the business well to reduce the chance of negatively affecting the bottom line or your customer base. 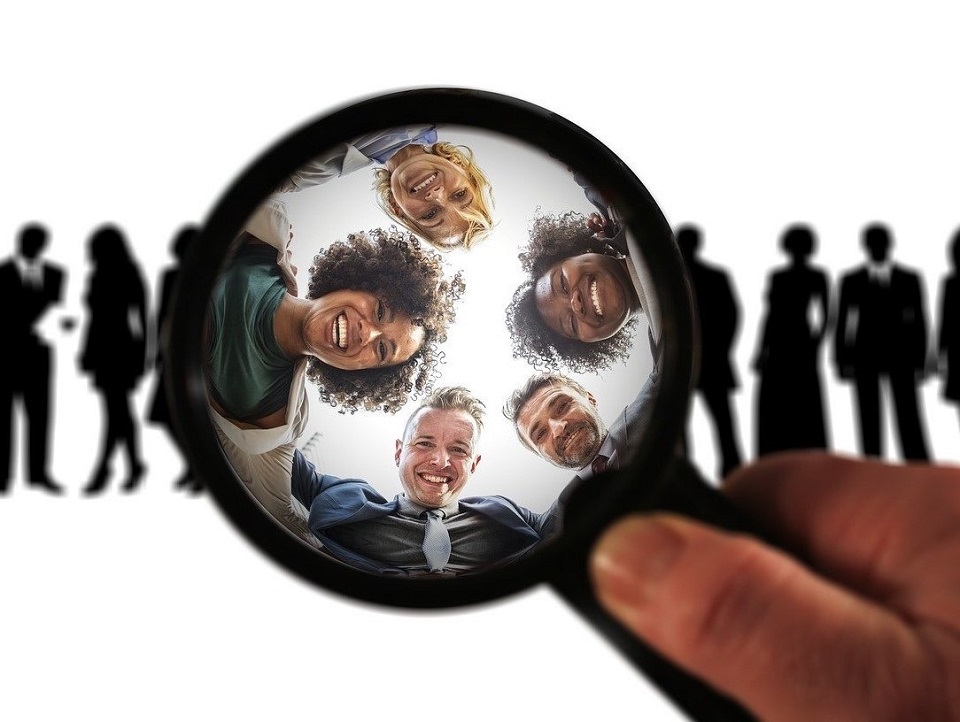 By Kris Cavanaugh CastroMarch 20, 2020No Comments

Branding is no longer confined merely to organizations.  It has become a personal way to showcase your personality and ideas online.  Personal networks have power when followers become a tribe.

Companies recognize that each of their employees probably has a Facebook account and depending on their industry, a LinkedIn account…not to mention the other social media sites like Twitter, Pinterest, Instagram, etc. So, it stands to reason that each employee could have a tribe of followers that could be influenced by company-focused information if the employee shares it with their unique perspective and in their unique way. 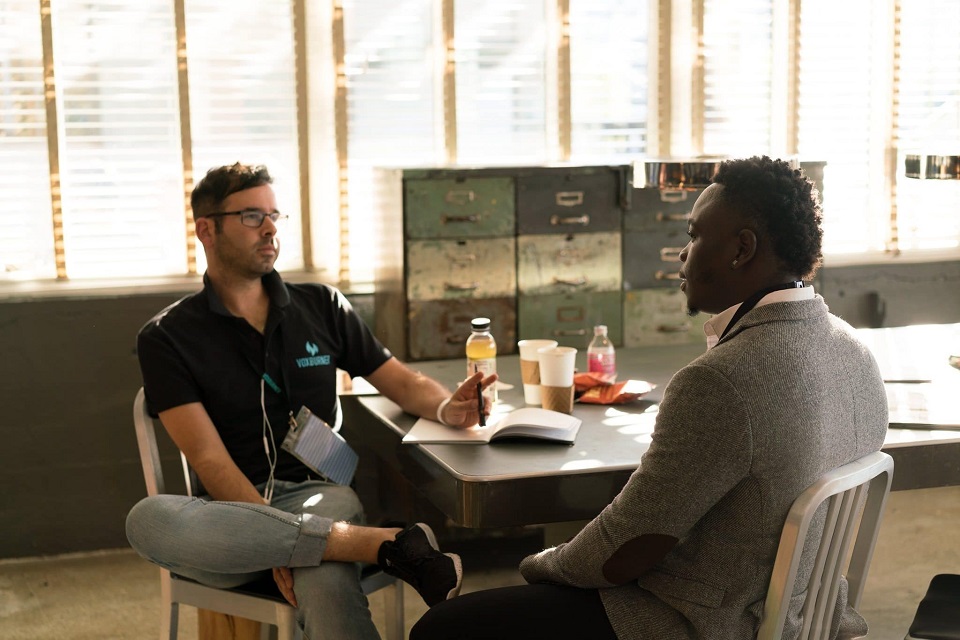 By Kris Cavanaugh CastroMarch 10, 2020No Comments

When you have the right people in the right seats with the right attitude on your team, success is easily achieved.  And yet your workplace is so much more than that.  Human Resources departments are tasked with employee engagement, maintaining a desirable employee culture, and doing their best to ensure employee satisfaction, amongst a variety of other things.  HR trends are important to follow, and Jeanne Meister shares the top 10 HR trends she feels matters the most for 2020 in her recent article on Forbes.com. 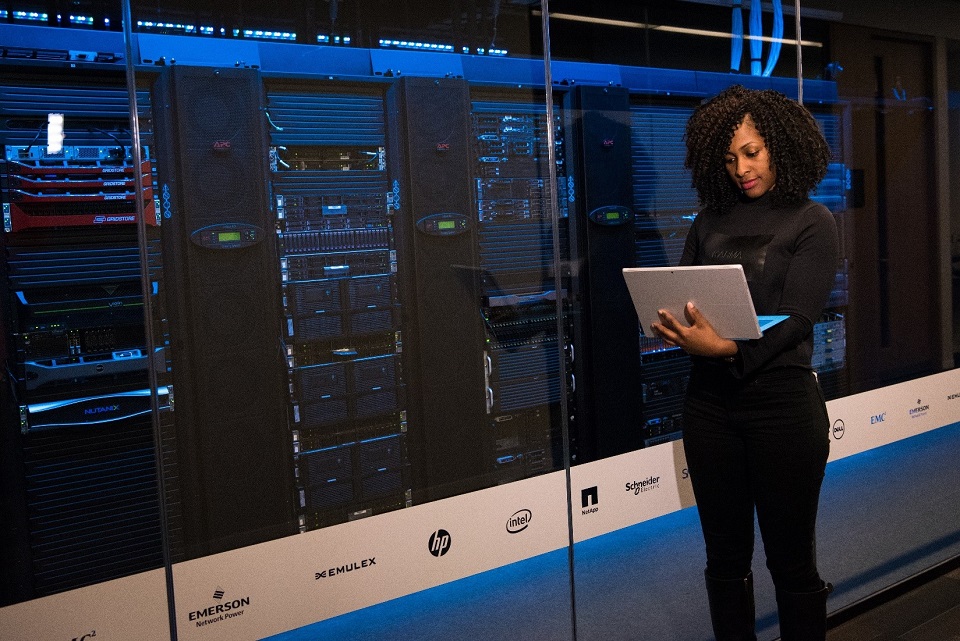 By Kris Cavanaugh CastroMarch 03, 2020No Comments

As Leaders, we can all swap stories about corporate-wide technology implementations that didn’t go as expected. Taking the time to plan for those implementations by focusing on our staff’s well-being can make the difference between a “nightmare experience” and a smooth transition with minor hiccups.

Forbes Magazine recently asked a panel of Forbes Coaches Council members for advice on this subject.  Those panel members came up with 14 recommendations leaders can utilize to ensure employee well-being while at the same time keeping pace with technology developments. 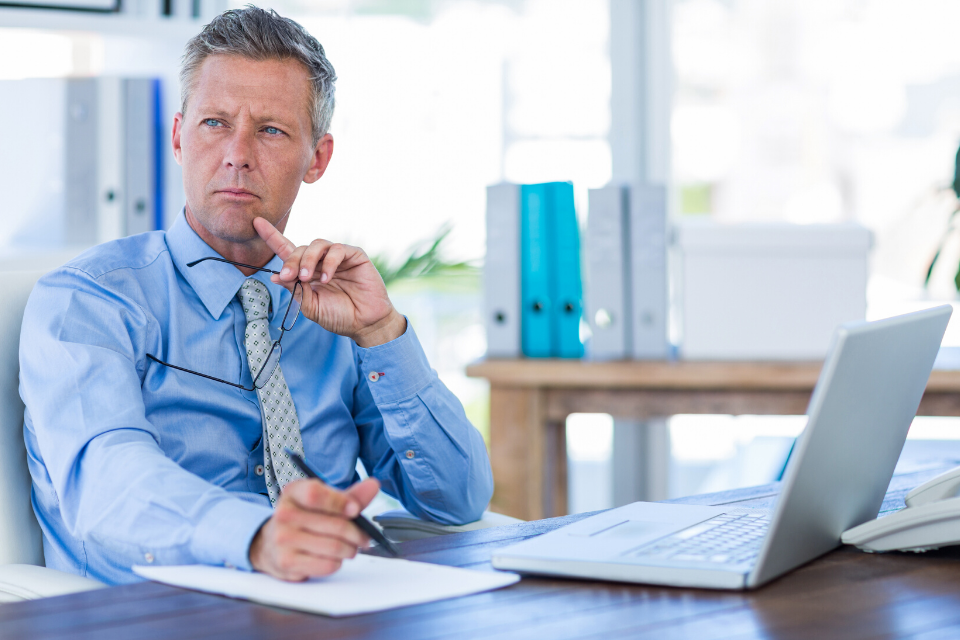 By Kris Cavanaugh CastroFebruary 04, 2020No Comments

What would it be like if one day you were sitting in your V.P. office at a very successful software enterprise company, and without any warning you were suddenly thrown into the C.E.O. role and responsible for every aspect of that company?

A similar scenario was played out a few years ago by Chris Wacker after his wife, Nien-Ling (the founder and C.E.O. of Laserfiche) was diagnosed with cancer.  Day by day as the cancer took a toll on her health, he began to take over her responsibilities as interim C.E.O.  Then when Nien-Ling lost her battle with cancer, he stepped into the role full-time.

He never dreamed he’d be responsible for the operations of the entire company along with having to lead all the people who worked there. However, to honor his wife’s business legacy over the last twenty years, he dove in and worked hard to keep the company on track.  As he continued to swim in unfamiliar waters in his C.E.O. role, he reflected often on the leadership style Nien-Ling utilized when she was running the company.

By Kris Cavanaugh CastroJanuary 07, 2020No Comments

January is normally a time of new decisions, new commitments, and new goals. This January is not only the new year of 2020, but it is also a new decade. Time flies, and since 2030 will be here before you know it, it’s important to look ahead and outline your leadership priorities to be sure you end the next decade well. 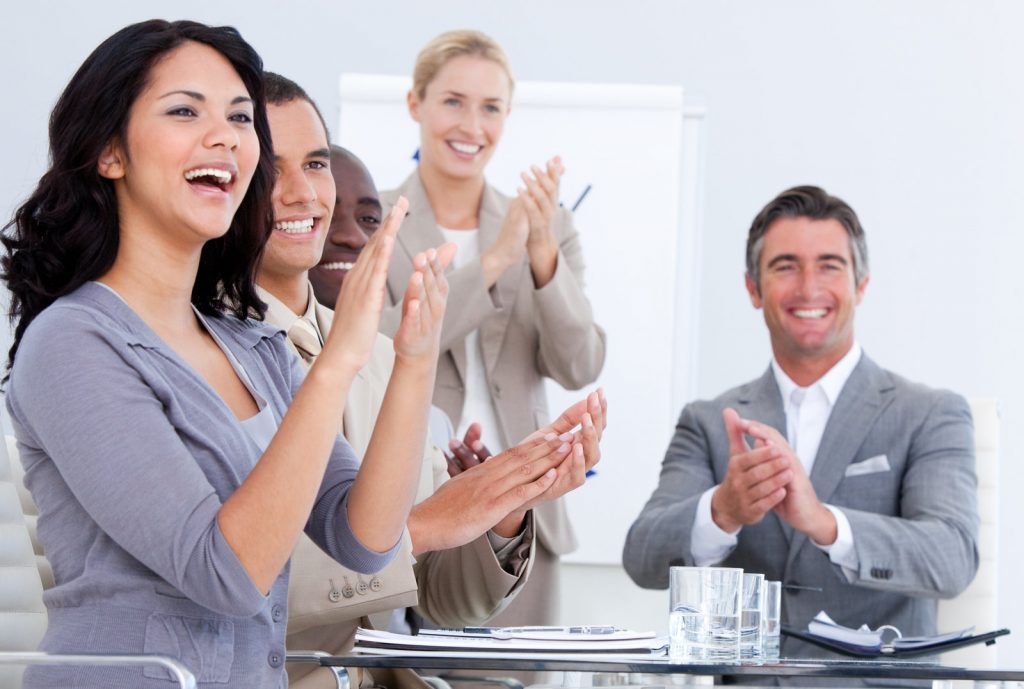 By Kris Cavanaugh CastroDecember 03, 2019No Comments

Do You Give Employees a Reason to Feel Proud of What They Do?

Imagine packing up an evening snack, grabbing a blanket, getting in your car and heading to the lawn of your local university. When the music starts all the visitors on campus go silent as a series of custodians, landscapers, electricians, and construction crews show off their skills to an original dance piece called “From the Ground Up.”

Yes, folks, this really happened in October 2019 on the campus of Wake Forest University in NC. Bill Taylor wrote an article about the event to highlight an important leadership skill: The importance of showing how much you value your employees and helping them feel proud of what they do. 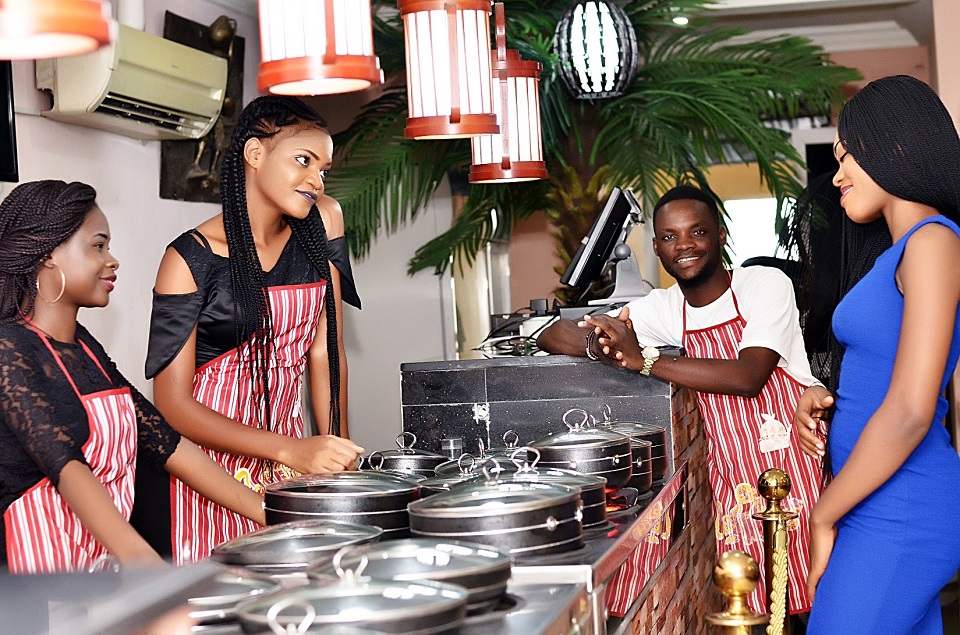 How to Run a Family Business

How to Run a Family Business

Running a business is hard enough without adding family dynamics into the mix.  However, according to a 2018 Family Business survey from PricewaterhouseCoopers, it seems that family businesses are in robust health, with levels of growth at their highest since 2007. 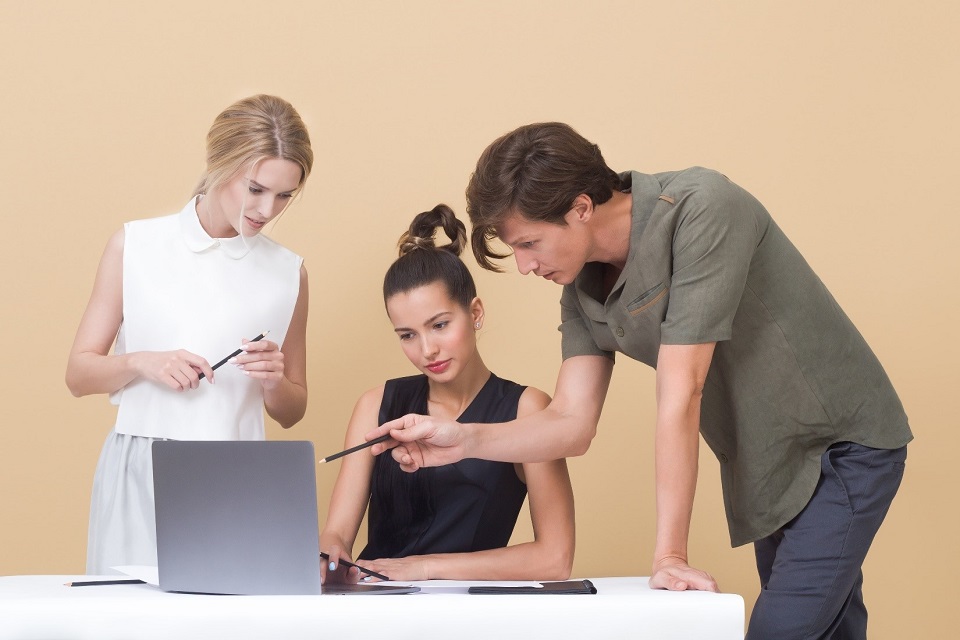 Climbing the corporate ladder is a “must do” for any head of household who chooses a non-entrepreneurial career.  Each step up the ladder typically means more income and benefits which supports the lifestyle they desire for their families.  In addition, advancement often requires more leadership responsibilities.

A person’s first leadership role is generally both exciting and unnerving.  Most people do not diligently watch their supervisors throughout their early career making notes of how to lead, and how not to lead, in order to prepare themselves for a future leadership role. Instead, leadership is something most people “fall into” later and figure out as they go along.