As a man thinks in his heart, so he is.” – King Solomon, 3rd King of Ancient Israel

One of my favorite movies is “The Matrix,” the sci-fi film where robot battle with mankind and eventually take over the planet, leaving mankind in a vegetable state, plugged into a computer mainframe known as The Matrix.  In the movie, people begin to escape from the Matrix, and form a literally underground colony known as Zion.  These people eventually form a large enough, equipped army to form a resistance to stand against “the machines,” creators of the Matrix.

In the final movie in the trilogy, the machines have discovered where Zion is, and have located the tunnel and tunneled down to the city, where they plan to have an onslaught of killer machines wipe out all of the inhabitants of Zion.  Zion’s forces, however, are determined to stand against the machines, and thus, are using their own war machines- essentially one man fighting tanks equipped with armor piercing bullets, designed to mimic the actions of the operator, to fight against enemy. 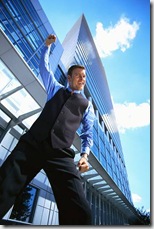 At the point of the movie where enemy breached the dock, as they call it, the commander of Zion’s forces ordered “KNUCKLE UP!!”  At that point, each soldier locked and loaded their weapons, and focused on a single target – the entry point where the dock had been breached.  There was one clear focus – to stop the invading forces.  There was one clear vision: to exist without the threat of the machines coming to destroy them.

Each soldier had to put “me-ism” as in “it’s all about me” in order to be a strong, fighting, contributing member of their unit.  All of the soldiers talked to each other, looked out for each other and defended each other.  Each soldier put themselves last in defense of the unit.

You and your team are a unit or a fighting force.  Each member of the team must perform to the best of their ability – and you must learn about and leverage their abilities in order to get the most from them and from your organization.  Having a shared mission and vision for the organization can make the difference between achievement and high achievement.  Leading the way and providing clear direction will be the difference between success and failure.  Embracing anti Me-ism can make the difference between a “flash in the pan” – a business that does well for a little while – and a business that is a cornerstone in the community.

Aepiphanni Business Solutions is a Strategy Consulting Firm dedicated to serving the needs of business leaders and executives. We specialize in helping people get into business, and stay there.  We welcome clients in the personal and professional services industries, including restaurants, catering and event planning.  As always, we welcome your comments, thoughts, questions and suggestions.  If you are seeking a business assessment, or have further questions about creating your strategy or developing your vision, please give me, Rick Meekins, a call at 678-265-3908, or email us at [email protected].

The Right Way to Respond to Negative Feedback | Extraordinary Business

How to Measure the Success of Employee Training | Extraordinary Business